Startup Designers – what do they do, and why is it important? 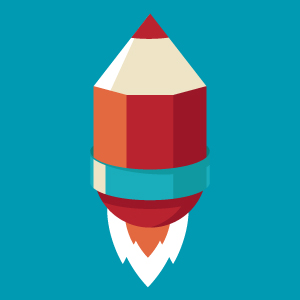 It’s difficult to ignore that designers have a massive role to play in the evolution of the web and the next generation of web products. We need startup designers, but what do they do, and why are they important?

Designers have co-founded startups like Kickstarter and Airbnb, and it was a designer who made the smartphone experience as memorable as it is today. It makes sense to get designers involved from the beginning if you’re building the next big thing in apps and platforms.

Trough my work with 88mph & 440ng I take care of the design of several startups, make them look good and help them build their first products. I see lots of poorly designed products, which is normally a reflection of deeper issues, and can spot problems in product – market fit early. Having worked on over 20 startups, I operate more and more independently. To do so I am also forced to consider the business side and overall product communication, but this is far from a common trait in designers.

Designers are generally classified in one type of category. As either a Print Designer, Web Designer, Front- end Designer, Interaction Designer, etc. Most of the time, one isn’t forced to look over the hedge and attempt to see the whole picture. If they reach their barrier of expertise, the product is mostly passed on to another person who specialises in that field. This type of designer is naturally seen by most founders as a pure service provider and not as a partner, much less a co-founder. This is what happens when you get a task and approach it without asking questions. Being a startup founder means taking risks.

Startup Designers are not merely people who make things pretty, they drive the product vision, construct the emotions that will try and convince customers to buy products, and if something doesn’t work, they try something else. It’s their job to know the customer, and research the market. Even more important, as a Startup Designer who wants to stand out and make a change to the world, you have to design the best solution, and that requires deep understanding of the business side as well.

Why do accelerators like 88mph or 440ng care whether startups have a Startup Designer on the team? Well the trend is smaller digital real estate, shorter attention spans, and more fierce competition. Startups that take a more human-centred, design-driven approach to building products and services – taking inspiration from interactions with real people, translating it into pixels that resonate with their audience – will also find user engagement and growth quicker. The earlier startup founders can bring in design, the more they can reap the benefits. It’s a lot harder to bring in design when a product or service has already been developed.

Elements of visual design like colors, typography, layout and graphics play an important role in the overall impact of a digital product experience. But mockups and friendly UI elements are just one component of a well-designed product. Look at startups who are doing well, they took design seriously and incorporated it from the beginning – design-driven companies like AirBnB or Pinterest. Deceptively simple products like Google.com didn’t just happen, they were deliberately created.

This kind of optimal user experience requires empathy with customers and their world view, which is what a Startup Designer must be able to deliver to be valuable at the earliest stages of the business.

The startup teams 88mph or 440ng want to invest in have a team, which can build, execute and grow in a very short time span. A Startup Designer is a vital part of that, especially for consumer internet startups. There is a flood of new products being launched every day. To stand out in that crowd demands simple, functional, and emotional design to win over the audience. Empowering Startup Designers in a founder role can bring a better understanding of what people actually want and would pay for.

When creating something fundamentally new, you are effectually trying to change people’s behaviour and, like the adage, if you want to change the mind, you need to first touch the heart. Great design does this.

With love written by Barbara Darchinger